In 2018, Scotland The Bread grew 70 tonnes of wheat and rye on the Balcaskie Estate in Fife. There are 10 ‘varieties’ which, with the exception of one modern spring wheat Paragon, are characterised by considerable genetic diversity within the crop. This is especially true of the ‘evolutionary varieties’ that we have brought over from Sweden. For example, Hans Larsson created his winter ‘Fulltofta’ rye from at least ten different varieties from as far afield as Greece, Estonia and Finland as well as Sweden. Many of these component varieties are, in fact, landraces, i.e. diverse populations of grains that have become adapted to a certain place over many years of growing and farmer selection. Modern (post-1900) hybrid breeding proceeds by crossing two varieties and selecting only the progeny that expresses the desired traits to the greatest extent. This narrows diversity to the point that in a typical commercial variety every plant in a field is genetically identical. 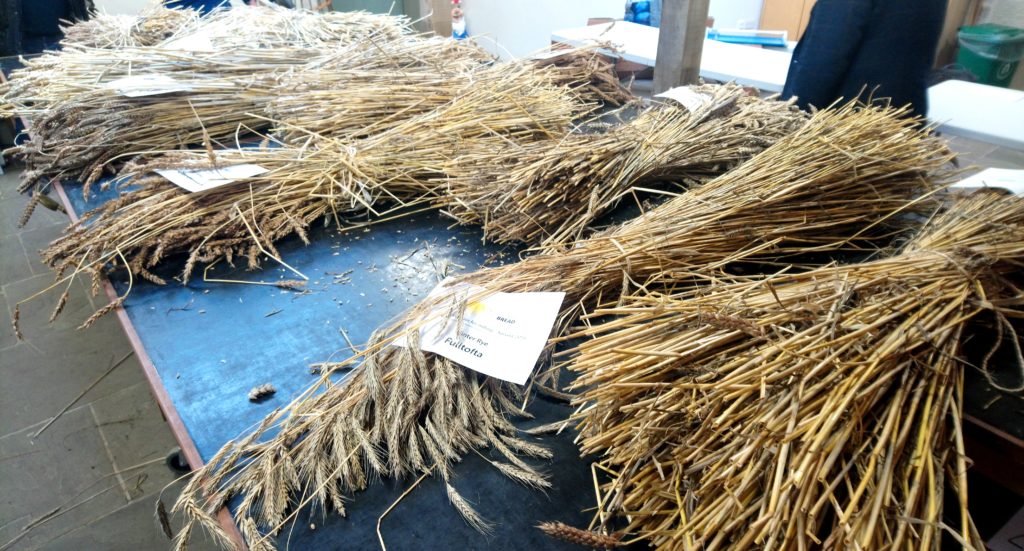 By contrast, cultivating diversity harnesses the adaptive, evolutionary power of nature. In simple terms, the plants that best adapt to a particular soil and climate and best survive the various stresses of weather, pests and diseases will, over time, dominate the mixture. There is reason to believe that both yield and nutrient density are stabilised, if not enhanced, in this process.

The question arises: should the modern custodian of a landrace or ‘evolutionary variety’ simply re-sow a random selection of seeds from this year’s harvest and trust nature to do the rest? Or can we emulate the practices of millennia of grain growers in somehow ‘improving’ our landrace without inadvertently narrowing the very diversity which is a guarantor of health and a reliable yield? 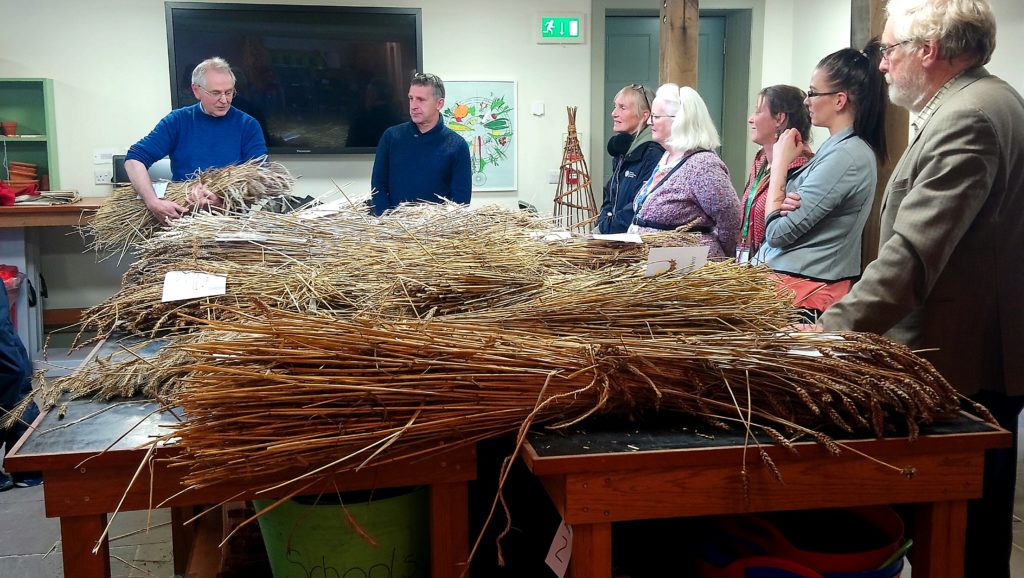 We suggest that we can ‘democratise’ plant breeding and selection by involving the people who pay for and eat the end result. This isn’t to reject the advances in molecular biology that have transformed our detailed knowledge of plants in recent times. Far from it: we need the experts and their spectroscopes to tell us what we’ve got. But deciding what we want from our grains – in the field, in the landscape, in our economy, in our guts, for our souls even – is a process that would surely benefit from the appropriate application of our collective wisdom. After all, the ‘market’, dominated as it is by a small number of inevitably self-interested corporate actors, has presided over the gradual diminution of nutrients in our grains as well as an evident growth in allergy, intolerance and digestive discomfort. Public health in Scotland is not well served by monocultures, agronomic or economic.

If diversity in soils and stomachs is increasingly taken for granted as essential for healthy function, it surely makes sense to apply the same principle to the crops we grow and the way we breed them.

Read on here to find out how our experiment – our small, quiet and entirely benign revolution – is being carried out.