On the 25th September 2018, immediately preceding our AGM, we started what might well be the first ever community science experiment of its kind: a ‘People’s Plant Breeding’ grain selection event.

We recommend you read in more detail about the background to the event here, but in brief:

For at least the last fifty years, grains have been hybridised in the lab to satisfy a strictly limited set of criteria – namely yield, pest resistance and suitability for industrial processing. This misses out on the vital genetic diversity that harnesses the adaptive, evolutionary power of nature, as well as flavour, nutrition and any consultation with the end ‘user’ – the baker and the eater – as to what they want from the end product. We have set out to test the hypothesis that we can democratise, preserve and perhaps even improve genetic diversity, as well as showing how ordinary people can contribute to public science (which belongs to us all) by helping to conserve agro-biodiversity. 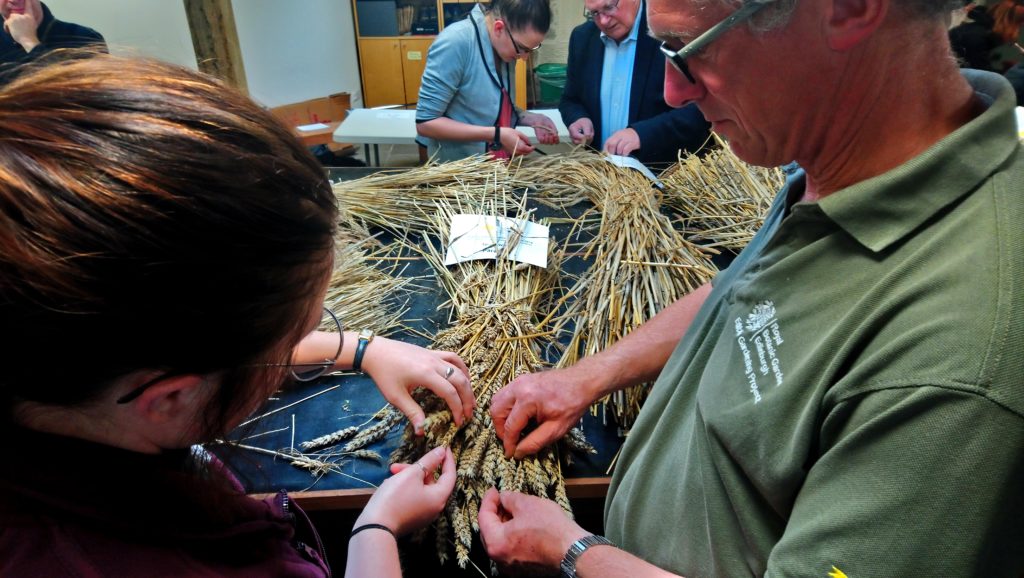 It is the view of Hans Larsson, a plant breeder from the Swedish Land University with 40 years’ experience of selecting cereals and the supplier of some of our heritage grains, that the best looking plants are also likely to be the most nutrient-dense. With this in mind, an experiment was devised to select and test spikes of grain based on the aesthetic judgement of the non-professional but enthusiastic lay person.

The event was held at the Botanic Cottage at The Royal Botanic Garden Edinburgh, and our thanks go to them for hosting us. This event was limited to Scotland The Bread members and our Soil to Slice groups, and began with an introductory talk on the theory of the project from Andrew Whitley. Ten sheaves of Scotland The Bread wheat and rye, recently harvested from Balcaskie Estate, were displayed for our participants to then select their choice of the five most beautiful spikes from each of their two assigned sheaves. 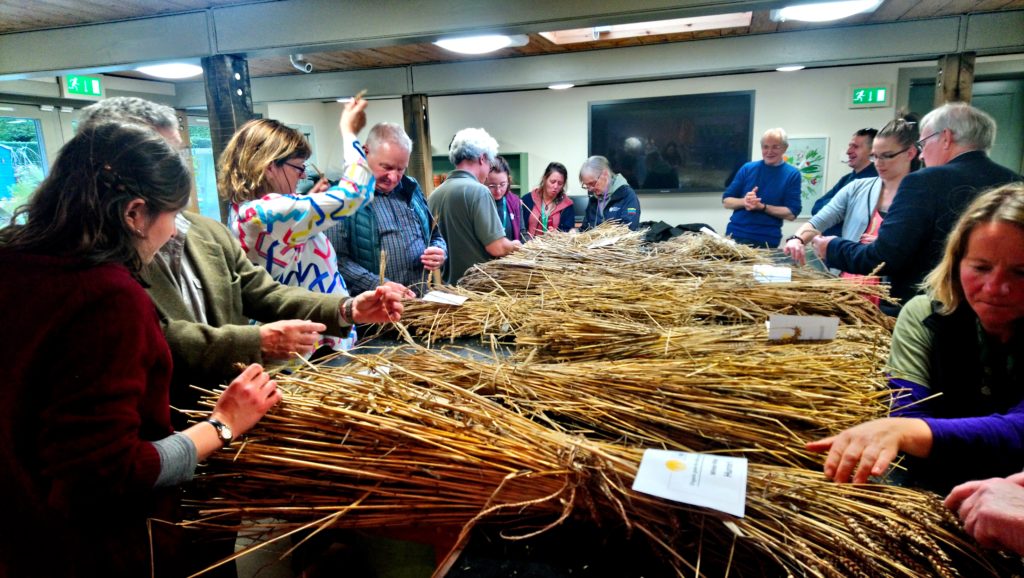 This judgement was informed by the guidance of Allan Booth, an experienced plant breeder at the James Hutton Institute, as to what to look for in a good wheat or rye plant. His advice began by noting: ‘There’s a diverse range of people here, and my view is that each of you would choose a difference spike – and that’s a good thing for genetic diversity.’

Allan went on to explain that we should be looking for symmetry in the spike, indicating that all the grains in the spikelets are well filled and not shrivelled or diseased. He also pointed out that the middle third of each spike would probably be where the best grains are – just the sort of expert information that citizen plant selectors need. 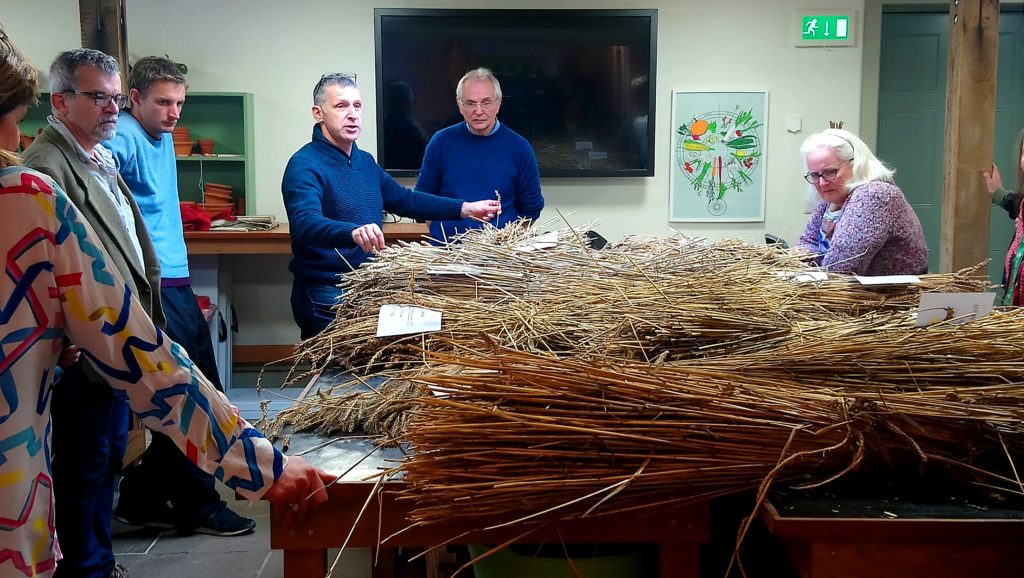 The experiment will continue in the new season by growing on the selected grains, and hopefully raising the funds to test them for nutrient levels in the laboratory. If beauty and health are connected, which they probably are, we will discover whether the new ‘landrace’ or people’s selection is in fact more nutrient-dense, tasty and digestible when compared to the ‘mother crop’. And we’ll check whether this selection process conserves the great diversity within our crops that is their hallmark and guarantee of chemical-free resilience. By microscopic examination, by growing on grain and then by baking bread together, we will see whether we have improved, maintained, or reduced the genetic diversity of the grain and its breadmaking quality, flavour and digestibility.

In this way, we will assess whether the suitability of a landrace to a particular soil and climate can be judged by the beauty of individual stalks, and genetic diversity improved by selecting and growing grain on this basis. Once learnt, this simple methodology could also be adopted by our Soil to Slice projects as part of the ‘citizen science’ that has always been one of Scotland The Bread’s purposes. 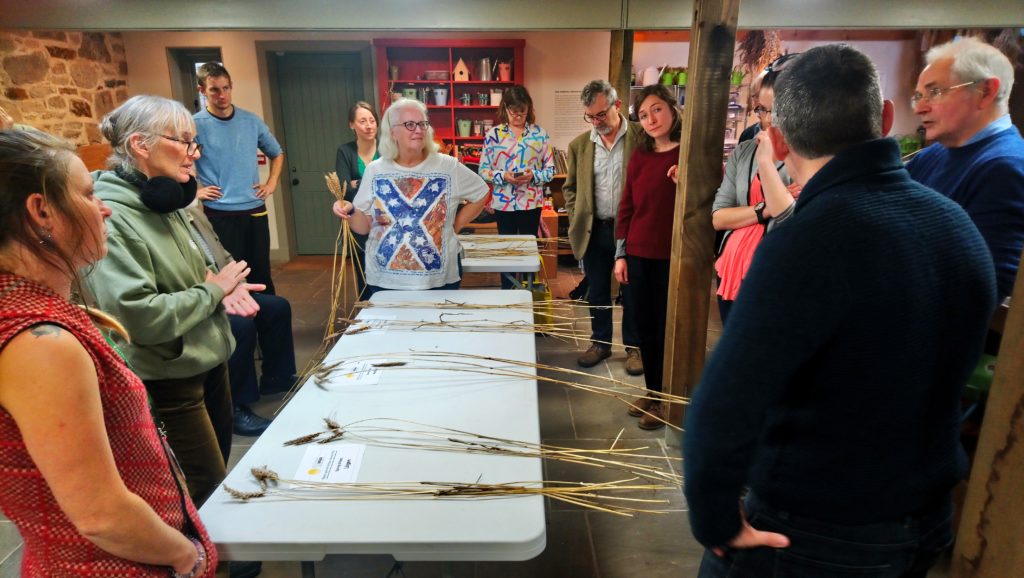 We are beginning to open up plant breeding to the ‘genius of the crowd’, always assisted by the descriptive power of molecular biology. Animated by a sense of place (these plants are growing in Fife soil and are being stewarded by a Fife community), we aim to be midwives to modern landraces and at the same time to demonstrate a process that could be adopted by groups all over the country as we seek to change our food for good. We are also be helping to conserve agro-biodiversity in situ, not least because such diversity is hard to maintain in tiny gene bank samples that only see the light of day when they are grown out in small plots. 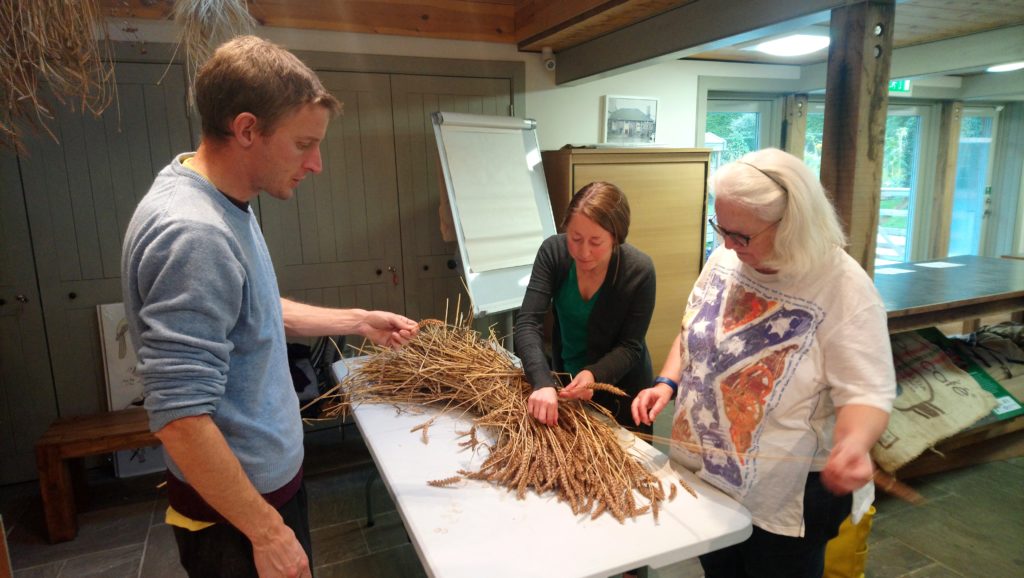 Hans Larsson is of the opinion that if he gives away grain that is then grown on for three seasons, the resulting crop becomes a new landrace: the soil conditions and unique properties of that particular location will have so influenced the grain that it can now be considered – and named – a new variety. In this spirit, members of the Granton Community Gardeners brought a sheaf of their Soil to Slice wheat (Rouge d’Ecosse) to include in the selection event, and the prize grains to be grown on in their community gardens. Some was also taken by our newest Soil to Slice group, Forth Environment Link, to grow in Falkirk High Street. The resulting unique landraces will thus add the diversity of their locations to the genetic mix.

The results will have to wait for a whole new growing season – this experiment is nothing if not an act of delayed gratification!