After the success of 2017’s inaugural Scottish Bread Championship, this year’s expert-packed judging panel has expanded by two, bringing the expertise of cookery writer Sue Lawrence and gastronomy academic Charlotte Maberly to the sourdough-laden table. Read about all eight of the Real Bread critics here, and submit your entry by Friday May 1 (entry deadline extended) for the chance to meet them in person at the Royal Highland Show this June.

The Championship, which we co-created and run in partnership with the Scottish Food Guide, invite entries from bakers everywhere, of any age, just as long as their loaf conforms to the Real Bread Campaign’s definition, i.e bread made without the use of processing aids or any other artificial additives. There are seven classes and you can enter as many loaves in as many classes as you like. 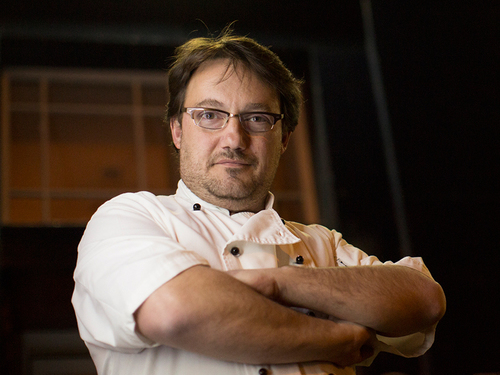 Fred Berkmiller is Chef Patron of l’escargot bleu, l’escargot blanc and Bar à Vin in Edinburgh. Both l’escargot restaurants have been awarded AA rosettes, have won Newcomer of the Year in The List’s Eating and Drinking Guide, featured in the annual Michelin Guide and have been named among Pete Irvine’s top five restaurants in Scotland. Fred himself was awarded The Scotsman’s Food Pioneer title at the Scotland Food & Drink Excellence Awards 2016, was a CIS Chef of the Year 2016 finalist, and is a Slow Food Chefs’ Alliance member. His commitment to artisanal, low-waste practices is demonstrated throughout his menus, in his kitchens and in his tireless promotion of sustainable Scottish food.

Why did you want to be involved in the Scottish Bread Championship?
‘The Scottish food and drink industry has gone from strength to strength over the past few years, diversifying from the traditional whisky and seafood to incorporate much more into its larder, establishing it as a land of food and drink. Bread is a much-loved addition to any hearty Scottish dish, so it’s great to be able to celebrate all of our skilled bakers with this competition and give them the recognition they deserve.

‘I’m thrilled to be a judge for the Scottish Bread Championship. Nothing beats a freshly baked loaf, so I’m excited to see what the participants bring to the table.’ 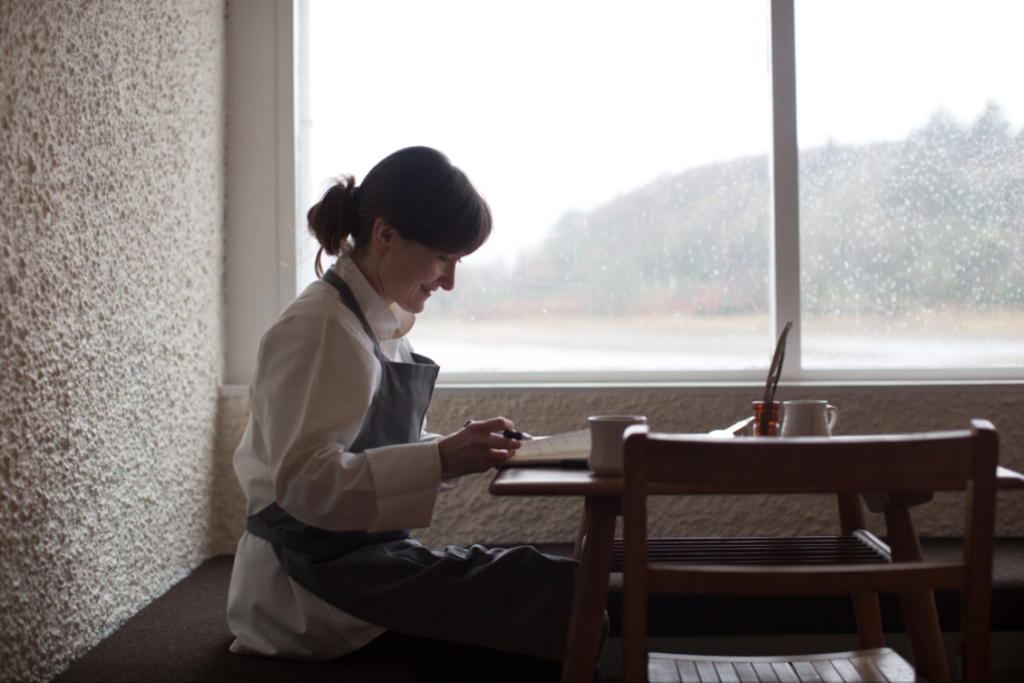 Inver Restaurant may only have opened in 2015, but chef and co-owner Pam now heads up one of Scotland and the UK’s most respected kitchens. With time at Noma on her CV, a Scandinavian approach to seasonality and localism infuses the restaurant’s menu and beyond: sourdough bread, pickles, ice cream, ferments, pasta and charcuterie are all made in house. Butter is churned, carcasses are butchered. Set on the shores of Loch Fyne, Inver was named AA Scottish Restaurant of the Year 2016, and Scotland & Northern Ireland regional winner in The Sunday Times top 100 restaurants 2017. 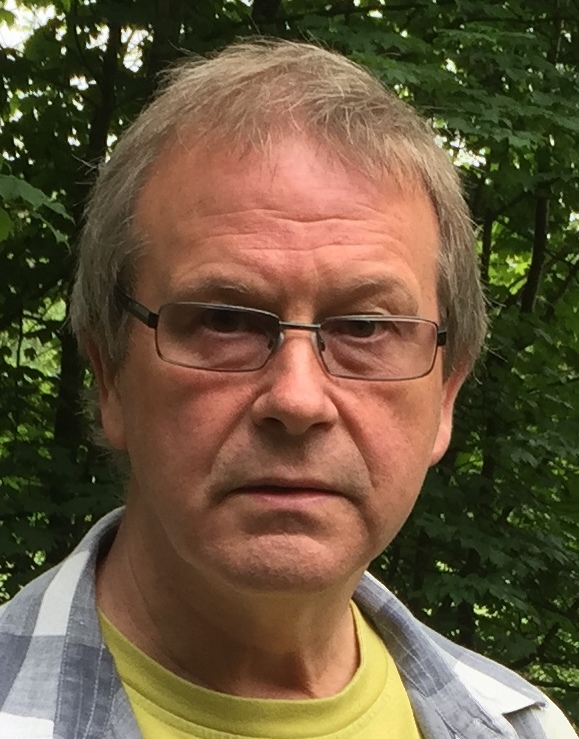 Gerry is the founder and director of Artisan Food Law, an online resource to help artisan and small-scale independent food businesses navigate the complexities of food law. Gerry’s support, advocacy and guidance has been informed by more than 22 years working as a lawyer in the public sector, including 10 years as chief legal officer of one of the largest metropolitan authorities in England. His work is underpinned by a belief that our approach to food must be informed by a ‘from farm to plate’ understanding, and a recognition that a sustainable food system does not, and cannot, exist in a factory. The man to whom food experts turn for legal guidance was a director of Slow Food International and chair of Slow Food UK with whom he continues to work. Gerry also teaches food law to post-graduate masters degree students – and anyone else interested.

Why did you want to be involved in the Scottish Bread Championship?
‘Good nutritious bread is fundamental to our diet and the fact we all do not have ready access to it is a source of sadness. I am an ardent supporter of the Real Bread Campaign so can see the Scottish Bread Championship will put real bread on the map, provide an opportunity to celebrate all the truly great bakers out there who make a real difference and recognise the best. All provide us with real bread, real pleasure and a better diet.’ 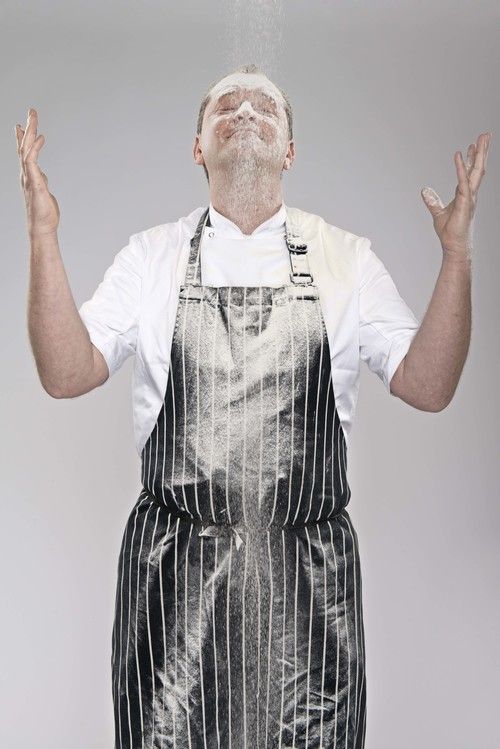 Chef/director of Edinburgh’s Cafe St Honoré, Neil is known for his commitment to sustainable, seasonal Scottish ingredients, and for his kitchen’s daily sourdough. Neil is a co-presenter on BBC Radio Scotland’s weekly Kitchen Café programme, writes a monthly recipe column for The Scotsman magazine, and has become one of Scotland’s most recognizable chefs after featuring on a number of TV and radio shows promoting the best of Scottish produce.  He was named CIS Chef of the Year 2014; the Scottish Restaurant Award’s Scottish Chef of the Year 2011, and is an active Slow Food Chefs’ Alliance member.

Why did you want to be involved in the Scottish Bread Championship?
‘I’m delighted to judge the Scottish Bread Championship. At Cafe St Honoré we bake fresh bread every day, and I encourage others to do the same. It’s astonishing to think that bread is basically flour, water, salt and time! Bread has been such an important part of our diets for centuries so it’s wonderful to see so many new artisan bakeries opening and a return to real bread making.

‘I’m very much looking forward to tasting some classic loaves. I’ll be looking for good textures, crumbs, crusts and hopefully some new ideas too. It’s going to be an exciting day!’

After winning fame on the BBC’s MasterChef in 1991, Sue has forged a career as one of the UK’s leading cookery writers. She writes a regular column for Scotland on Sunday, wrote for the Sunday Times for six years and regularly contributes to Sainsbury’s Magazine, Woman & Home, Country Living and BBC Good Food Magazine. A regular face on British and Australian television, until 2011 she was one of the food experts on STV’s The Hour. Raised in Dundee, she now lives in Edinburgh.

Why did you want to be involved in the Scottish Bread Championship?
‘Three of my 18 cookery books are solely about baking and obviously bread features. I love everything about good bread: the feel of the dough, the smell as it bakes and of course the taste. There are so many passionate home bakers and also artisan bakers now in Scotland and I feel very proud to be part of the Championship.’ 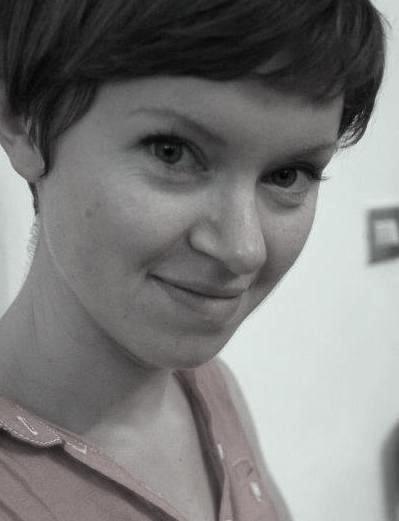 Charlotte Maberly is lecturer for and co-creator of the Queen Margaret University MSc Gastronomy – the UK’s first interdisciplinary study of food, aiming to change the way we think about what and how we eat, and where it comes from.

Charlotte’s love of food has led her around the world exploring food cultures, learning about the complexities of our global food system, teaching urban agriculture, and working for the US’ only organic farmland trust. She obtained her master’s degree at the University of Gastronomic Sciences (UniSG) in Italy and then returned to Scotland motivated to bring a global perspective to local food education.

In April 2016, along with members of UniSG and the QMU Gastronomy team, Charlotte organised the UK’s first Gastronomy symposium – Scotland’s FoodScape. The event explored the significance of food in Scotland and involved producers, policy makers, artists, eaters & academics from around the world.

She also runs her own company – Food Connects – which seeks to bring innovative food education to individuals, businesses and organisations in the UK and abroad, via workshops, training and food experiences. 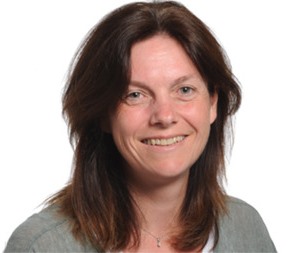 Jennie is a Professor of Sustainable Nutrition and Health at The Rowett Institute, University of Aberdeen. Through her research she works to advance understanding of dietary behaviours and how to improve what we eat to achieve health and environmentally sustainable diets. Jennie’s current research focuses on issues of food security, exploring the environmental, social and nutritional implications of dietary choices and how to balance these. Previous research includes community based nutrition and obesity related policies and interventions. Jennie is a member of the Daniel & Nicole Carasso Foundation International Scientific Committee, the BBSRC Global Food Security Scientific Advisory Group and has contributed to reports for the Scottish Government, Food Standards Scotland and WWF-UK.

Why did you want to be involved in the Scottish Bread Championship?
‘Bread is an important food that can contributes to a healthy and sustainable diet, as well as being a great, tasty food to eat. I believe that the Scottish Bread Championship provides an excellent opportunity to showcase some of the best quality breads that are being produced and enjoyed in Scotland.’ 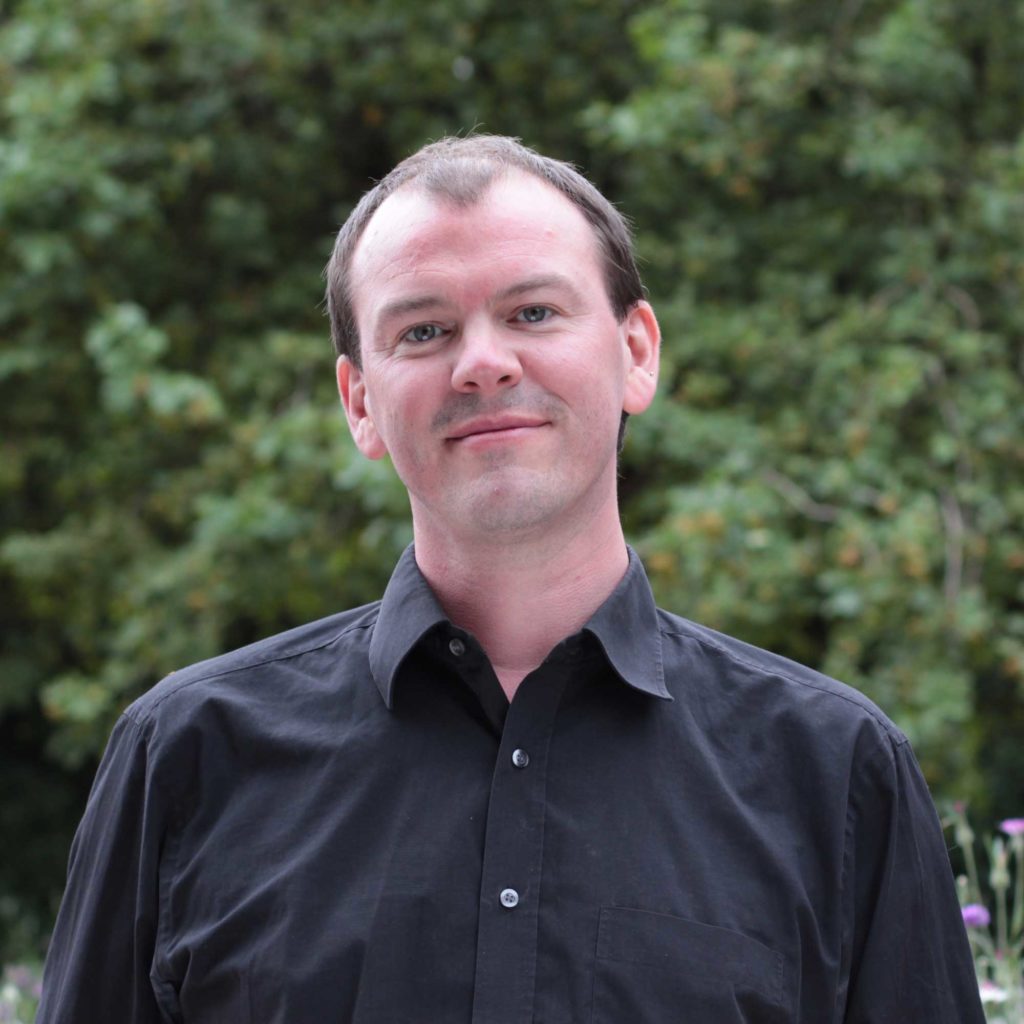 Chris has been Real Bread Campaign coordinator since 2009, campaigning for recognition of the value and definition of Real Bread; championing local, independent bakeries that make additive-free loaves, and encouraging people to bake their own Real Bread at home. Chris co-wrote Knead to Know, an introductory guide to success in baking Real Bread for local community, and curated and contributed to the recipe collection Slow Dough: Real Bread. He is also editor of London Food Link’s ethical eating magazine The Jellied Eel, published by the charity Sustain: The alliance for better food and farming.