The Granton Community Garden project has been running since 2010, started on a budget of £10 and a patch of previously waste land on a street corner. In the past seven years it has expanded to include nine street corner plots throughout the area, tended by around 70 core volunteers and many more occasional helpers. Regular community meals are held using the garden’s produce, and a bread club brings people together to practice their sourdough-baking skills. The community group is also an active member of Scotland The Bread’s Soil To Slice project, and for the past two seasons has planted 100 sq.m. of winter wheat. We asked Granton Community Gardener Tom Kirby to tell their Soil to Slice story. It started with a group visit to Whitmuir Farm and then over the road to Macbiehill’s organic agro-forestry project [where Scotland The Bread was then based], where about twelve of us were shown around the trial plots of Scotland The Bread wheat. People were really interested, and the obvious question was: “Can we have some seeds for our garden?” When we heard about Soil to Slice we thought it was perfect – different aspects of the project appealed to different people; for some it was simply how beautiful the growing wheat looked.

We have grown two seasons of winter wheat now, the first planted in November 2015. About 100 square meters have been planted each season on communally-run plots on public street corners. We harvested 42kg of grain in the first year, and slightly more than 20kg this year, which we threshed as part of demonstrations at the Royal Botanic Garden Edinburgh’s Harvest Festival. 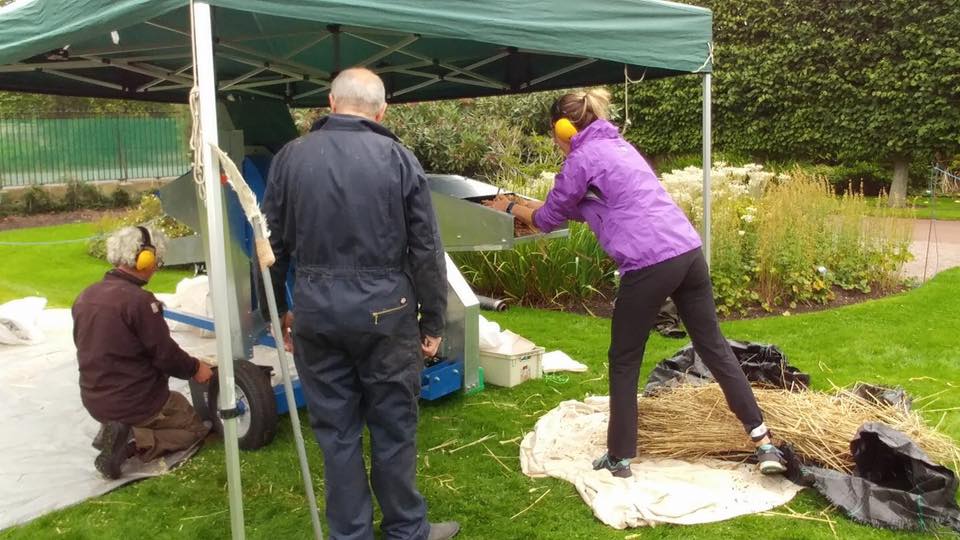 At the moment the bags of grain are drying in my flat – we need a barn! Someone we know has designed and built a pedal-powered mill, and we will use that to mill some to encourage community interaction. The rest of the grain will be milled at Macbiehill Farmhouse, saving a load to plant for next year’s crop.

We run a bread club on an informal, ad hoc basis, and that’s where most of the flour will get used. Two of us came to Macbiehill to do a one-day Bread Matters course, and from there we wanted to get into the habit of baking regularly so set up a baking practice group. We distribute the bread among people who have been involved in growing the wheat, and also use it in our community meals. This year we’ll also be taking a wee bit into the local primary school at the request of one of the teachers; it is all eaten locally. 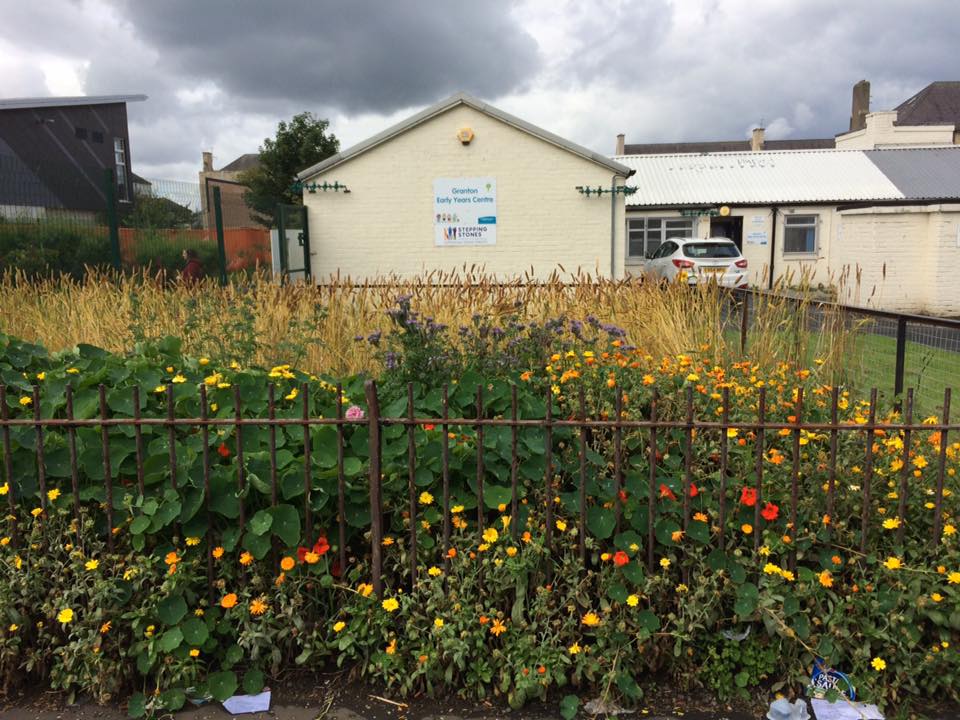 Being part of Soil To Slice is great for growing support and for access to the processing equipment. One of the main things I’ve learnt is that growing wheat is easy but processing it is hard, and I can see why it has become a highly mechanised agribusiness. Working with Soil To Slice has made the whole thing far more feasible than it would otherwise have been.

All the things we hoped for – that it would catch people’s imagination to eat bread made from wheat grown locally – have happened. It shows what you can do with bits of waste ground. We don’t have massive expansion plans; we want to keep production to a manageable quantity. However hopefully we will soon get a big new site which we will use an area of for wheat growing.

I feel bread is symbolic of lots of other things within community and culture; it’s good on lots of levels and we try to involve as many local people as possible, including children. Growing, processing, baking and eating it is great as a community education project, and speaking personally it has changed my perception of the bread I eat.