Sourdough is a culture of yeasts and beneficial bacteria that occur naturally in bread flour and dough. The yeasts are more varied and less concentrated than baker’s yeast, so they raise the dough more slowly. The lactic acid bacteria (LAB) also require many hours of fermentation to work their wonders.

Real sourdough is very simple, as befits a method that’s thousands of years old. You take some starter, refresh it with several times its own weight of fresh flour and water and let this ferment for some hours until the yeast population has grown. You use most of this dough to make bread by adding more flour, water and salt, and keep a little bit back as your starter for the next batch of bread.

(There is no need to fuss over and ‘feed’ your starter regularly: we’re talking fermentation here, not pet-care. Established starters will keep undisturbed in the fridge for days, weeks or months between bakes.)

Time is crucial. When the sourdough is allowed to ferment slowly over several hours, it is able to transform the main ingredient – flour – in ways that together justify sourdough bread’s claim to be the best. 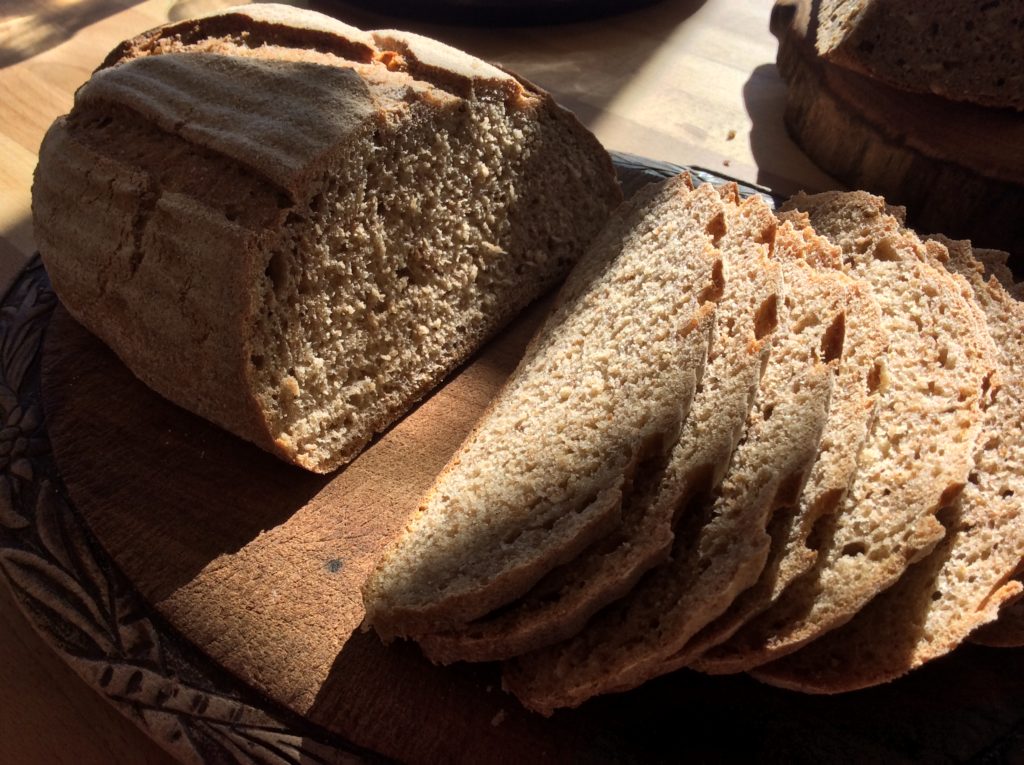 Here’s a summary of the many benefits of sourdough, as revealed by research done in the past fifteen years (1):

That’s a pretty compelling list of benefits even if we ignore the fact that bread-related metabolic complaints have proliferated just as the time taken to ferment most commercial bread has reduced. It’s this interplay of time and commercial advantage that should make us ask searching questions of some of the ‘sourdough’ breads now on offer.

The benefits of sourdough translate across the whole range of baked foods, including bread, buns, pancakes, pastries, cakes and even oatcakes. We are collating a selection of Scotland The Bread’s favourite recipes, which can be found here.

4 thoughts on “Why Bake Sourdough?”