For the second year running, the overall winner of the Scottish Bread Championship triumphed with a loaf made from Scotland The Bread’s heritage flour. 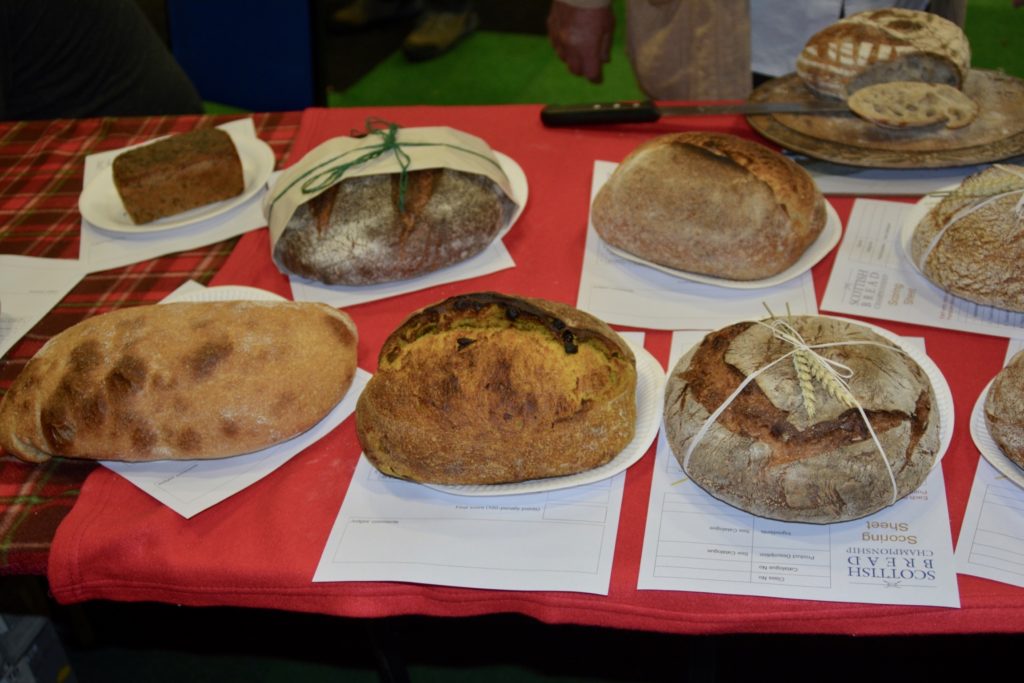 Wild Hearth Bakery’s wholemeal sourdough loaf was in one of the most popular of the seven categories, ‘Bread from Scottish-Grown Flour’. The Supreme Champion award crowned the Perthshire-based bakery’s haul of three golds and two silvers.

In total, 16 bakers lined up over 50 entries, from which the panel of 11 judges presented 9 gold, 18 silver and 7 bronze medals.

Andrew Whitley (Scotland The Bread co-founder) moderates the judging panel alongside Wendy Barrie of Scottish Food Guide. Andrew began the day with a classroom session for the judges on fair assessment and evaluation of the categories. Chris Young sits on the judging panel, joined this year by:

The Scottish Bread Championship is open to professional and amateur bakers, and will re-open for entries in spring 2020.