Home / About Scotland The Bread / Our people / Board of Directors

Bread For Good Community Benefit Society welcomes new Board members to bring additional time, skills, experience and knowledge to the table. Contact us if you can offer one or more of these qualities to help us improve the grain and flour supply faster. 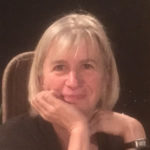 Kate’s wealth of finance and fundraising experience has been accrued over almost 30 years’ work focused directly and indirectly on non-profit organisations, as well as an MBA. Her CV includes time as Membership Manager at The Tate, recruitment consultancy specialising in finding fundraisers and senior managers for non-profit organisations, and extensive volunteer experience across the fundraising sector.

She developed a legacy fundraising programme for the Natural History Museum, and has been a trustee of the Anstruther Improvements Association, the charity which owns Dreel Halls in Anstruther, since 2010. Her role here spans multiple categories from financial planning and management to marketing and PR to fundraising. As well as being part of the original campaign to save the halls, she has raised funds for the purchase, ongoing management and extensive refurbishment of Dreel Halls. 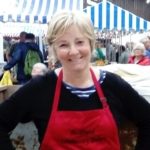 Louisa joined Corra Foundation in July 2017 as Community Coordinator in Buckhaven in Fife. Through building relationships with and listening to a community which has experienced decades of deprivation, initiatives have been developed which have brought about real change and made a difference to peoples’ lives. Underpinning Louisa’s approach to community engagement and development is a deeply rooted belief in the ability of people to bring about change in their lives, sometimes with a little encouragement and commitment from the professionals around them.

She is motivated by a drive to enable people who are further from the traditional demographic to be able to experience and enjoy better, healthier and local produce. Over the past few years, she has been working to open up this discussion and integrate good quality ingredients into the baking and cooking groups she has set up in Levenmouth.

Away from Corra, Louisa is proud to be a registered Mangalitza pig breeder and producer, poultry owner / admirer and mother to three glorious young adults. 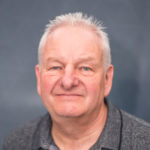 Paul’s early business and academic career was in the forest products technology sector. He then began working in creative industries business development where he has designed and run a number of successful programmes over the past 20 years. He is presently the director of a non-profit Community Interest Company that runs a UK grants scheme for early-stage creative businesses.

He is an amateur home baker having been awakened to the benefits of Real Bread, like many others, through Bread Matters. This journey has also reignited his earlier forest products-related interests in bioscience and sustainable development. 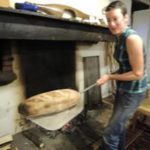 Clare is the former Business Manager at Nourish Scotland, where she helped to build a staffed organisation and played a key role in developing training programmes for new entrants to sustainable farming and food leaders of the future. Clare’s sense of the need for fairness in the world, and interest in micro-organisms (she trained as a cell biologist), originally centred on researching malaria.

A love of good food and of working at the roots of things led her to work for a period as an artisan baker at the Steamie Bakehouse in Dunfermline and, later, to helping bring the very first seedlings of Scotland The Bread wheat to their trial growing plots. Clare is currently developing an organic smallholding in Moray. 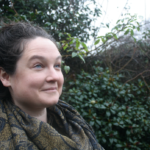 Sinéad has been deeply involved with the regenerative food movement since choosing Scotland as her home in 2011. Her academic background in Political Ecology with a focus on Food Security and Community Empowerment led to a career in community-led resilience with a deep-held belief that true and lasting change must happen at the community level. Having founded and run her own food-based social enterprise for six years, while also working for one of Scotland’s largest community funders, she is acutely aware of the funding challenges and opportunities small food charities and enterprises face, as well as the appetite and interest in the food innovation sector. Sinéad is an experienced programme manager with experience in the public and third sectors; having previously worked with the Royal Botanic Gardens Kew on their Grow Wild programme in Scotland, she now manages The Gaia Foundation’s successful Seed Sovereignty UK & Ireland Programme. A keen grower, Sinéad has a particular interest in the cultivation and use of medicinal herbs. 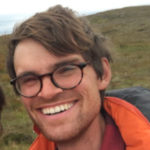 Col has been investigating non-commodity grains since 2012, when he moved to the south of England to work with and learn from renowned heritage grain pioneer and archaeobotanist John Letts. He later set up an award-winning sourdough bakery in the Chilterns, which grew much of its own supply of flour from long strawed wheats and ryes and John’s mixes of heritage grains.

A few years ago, Col began an ambitious research project to identify overlooked varieties of grain that may have useful traits for low-input agronomic systems and have desirable baking qualities. He has now sourced over 6000 accessions of wheat and rye from genebanks around the world, which are being planted in UK test plots and documented, with the most promising varieties then being bulked out over a number of years.

He’s a founding member of the South West Grain Network, which aims to connect farmers, millers and bakers interested in working together to create a local grain system based around non-commodity grains.

He’s recently returned back to his family livestock farm in the north Highlands, where he is exploring how heritage grain can be integrated into regenerative, mixed farming systems. 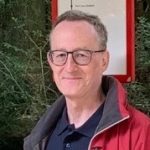 Paul’s business career began in retailing, then took in over twenty years in senior supply chain roles in the drinks industry. He led teams at the sharp end of international customer service and also implemented large scale organisational and IT change projects. Following two years self-employed as an independent supply chain consultant he is now retired.

A few years ago, an interest in baking sourdough bread led him to the Slow Food movement and later to becoming secretary of the newly established Slow Food Glasgow group. From there, as his knowledge of and passion for seasonal local foods grew, he baked with flour from, became a shareholder of, and is now Company Secretary for Scotland the Bread. 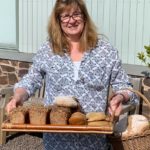 Alison moved back to Scotland in 2009, when she changed her life from a senior role in business to combine being full-time mother to two boys with baking bread, beekeeping and maintaining her interest in business by doing part-time roles. She bakes bread from home to sell locally and has a passion for making Real Bread accessible to all.

She is also a member of the Court of Edinburgh University and has a non-Executive role at a small consultancy – Socia – which specialises in private public partnerships. Her previous business experience spans working within major consultancies and latterly managing Microsoft’s top level relations with its UK Government customers. 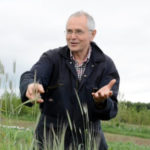 Andrew is director of Bread Matters Ltd and a leader of the artisan baking revival, having founded the organic Village Bakery in the 1970s. He is author of the seminal Bread Matters and the best-selling DO Sourdough. He has an MSc in Food Policy from City University London and is credited with ‘changing the way we think about bread’ (BBC Food & Farming Awards).

He co-founded the Real Bread Campaign and is a former vice-chair of the Soil Association. 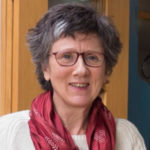 In memory of Veronica Burke

Andrew’s wife Veronica Burke was a founding director of the Bread for Good Community Benefit Society; her indomitable spirit is and always will be missed following her death in April 2018. She was also a founding director of Bread Matters Ltd, responsible for Baking for Community training, and was a co-founder of Breadshare Bakery CIC. During her previous career in family law she started a family mediation service and developed inter-disciplinary training in dispute resolution, children’s rights and welfare advocacy.

Training and participation programmes such as ‘Sourdough Exchange’ and ‘Soil to Slice’ demonstrate the creative engagement she had with young people and her imaginative take on food sovereignty, embodied in the call to ‘grow your own loaf’. Veronica is, of course, irreplaceable. But her ideas and energetic example will animate Scotland The Bread for good.