Free delivery on orders over £75 (under 34kg) Dismiss 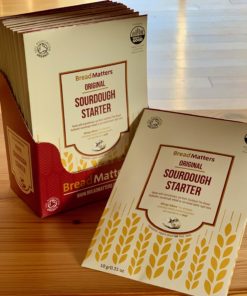 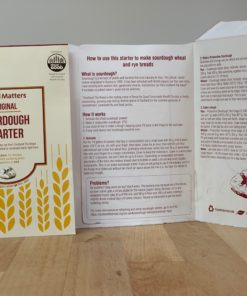 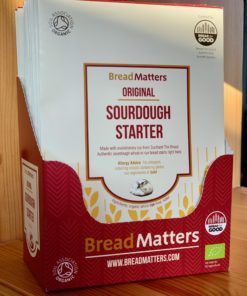 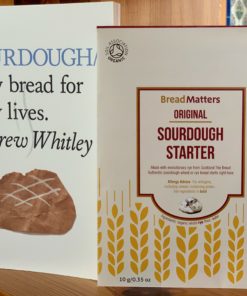 In 1990 Andrew Whitley brought some sourdough from Russia to make rye breads at his Village Bakery in Melmerby, Cumbria. That sourdough was refreshed with organic rye flour and water and used to make a batch of bread, with a bit kept back to start the next batch – and so on.

Now everyone can make wonderful naturally-fermented bread with the distant descendant of that very same Russian culture. Inside this packet are ten grams of dried sourdough, which is easily brought to life again with warm water and rye flour. One more refreshment and you’re a sourdough baker – and you never need buy industrial yeast again.

The dried sourdough comes in a compostable cellophane bag and instructions and a recipe for rye bread are printed on the inside of the packet, so there’s no waste.

What exactly is sourdough?

It’s a culture of yeasts and beneficial bacteria that occur naturally in flour. Making sourdough bread is incredibly simple. Ordinary people have been doing it for thousands of years. You take some starter, refresh it with several times its own weight of fresh flour and water and let this ferment for some hours until the yeast population has grown (the mixture will bubble or increase in volume). You use most of this dough to make bread by adding more flour, water and salt, and keep a little bit back as your starter for the next batch of bread. It really is that easy. And there’s no need for any fussing over or ‘feeding’ your starter between baking sessions. Just leave it in the fridge until the next time that you want to make bread, refresh it as described, make your loaf and put the remainder of the refreshed starter back in the fridge where it will keep happily for a long time.

Too good to be true? Well, you can rely on Andrew Whitley’s starter and recipes. It was he who put sourdough on the British baking map in the early 1990s and, with orders for a couple of thousand loaves a day, his system had to work reliably. By getting a Bread Matters sourdough starter you’ll be tapping into a true story and a lively community – and that goes for the bacteria, too!

Puzzled, or having trouble getting your sourdough going?

No problem. Just take a look at the Frequently Asked Questions on the Bread Matters website which we keep active as a baker’s resource. They cover most of the common queries. And the subject is covered in great detail (including several more simple and reliable recipes) in Bread Matters the book and it is the sole topic of Andrew Whitley’s second book DO Sourdough. 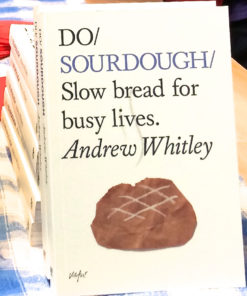 DO Sourdough by Andrew Whitley 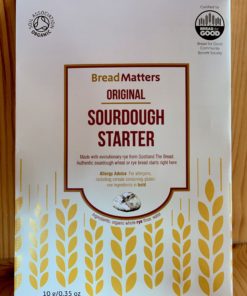 DO Sourdough book with Starter