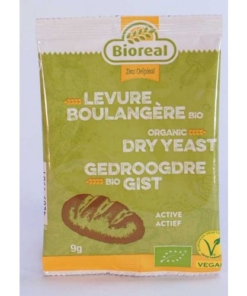 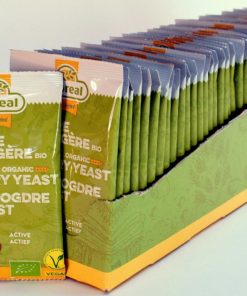 Suitable for fermenting bread doughs of all kinds, especially those using the long fermentation processes that bring out the best in bread  in terms of flavour, digestibility and nutrition.

Baker’s yeast, either dried or fresh, turns sugars (released from starches by naturally-occurring enzymes) in the flour into carbon dioxide (CO2) gas and alcohol. The CO2 inflates the dough structure, making it light and open. The alcohol is evaporated during baking.

How to use it

This yeast comes in the form of fine granules and can be added directly to flour before any water is used. However, many bakers prefer to dissolve the yeast in some of the water first, just to make sure that it gets evenly dispersed throughout the dough.

Why pay more for a slower-acting organic yeast?

Not all yeasts are created equal. This one is ‘grown’ in a warm broth of organic wheat flour and water, nothing else. The only ‘processing aid’ used is a very small amount of organic vegetable oil that is sometimes used to control excessive frothing of the yeast brew in the fermenter. The new yeast cells are piped off and ‘spun dry’ to remove the water, which itself becomes the feedstock for a further fermentation process. So – no waste.

Further information on the benefits of organic yeast production can be found on the BioReal website here. 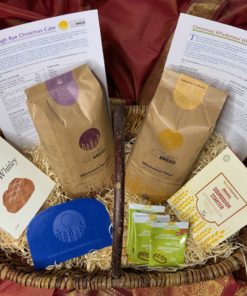 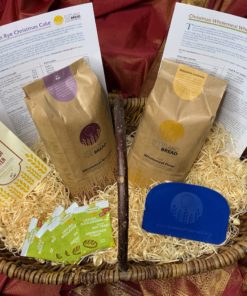 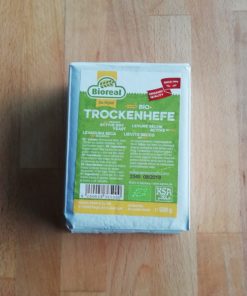 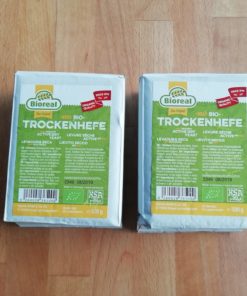