A very sharp blade is essential to mark or ‘slash’ the top of a risen loaf of bread just before it goes in the oven. The cuts enable a controlled ‘burst’ of the dough which has two main purposes: it increases the surface area of crust where much of the flavour comes from, and it looks attractive.

Time was when putting your own distinctive mark on the dough that you took along to the communal oven to be baked was an important insurance against being palmed off with someone else’s effort by an unscrupulous village baker.

The lame (meaning ‘blade’ in French and rhyming with ‘arm’ not ‘dame’) is a curved double-sided razor blade set in a plastic handle. It is designed mainly for cutting baguettes and other relatively thin and elongated shapes of dough where its curved shape comes in useful. It can also be used for general dough ‘slashing’ once you get the knack of holding it so that the leading edge of the blade doesn’t dig into the dough. 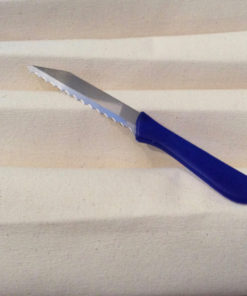 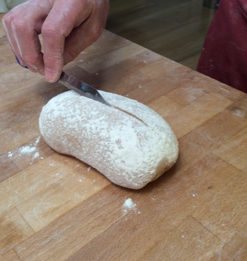 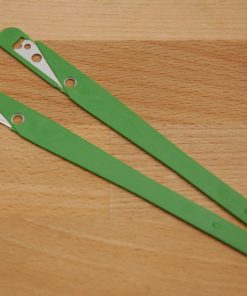